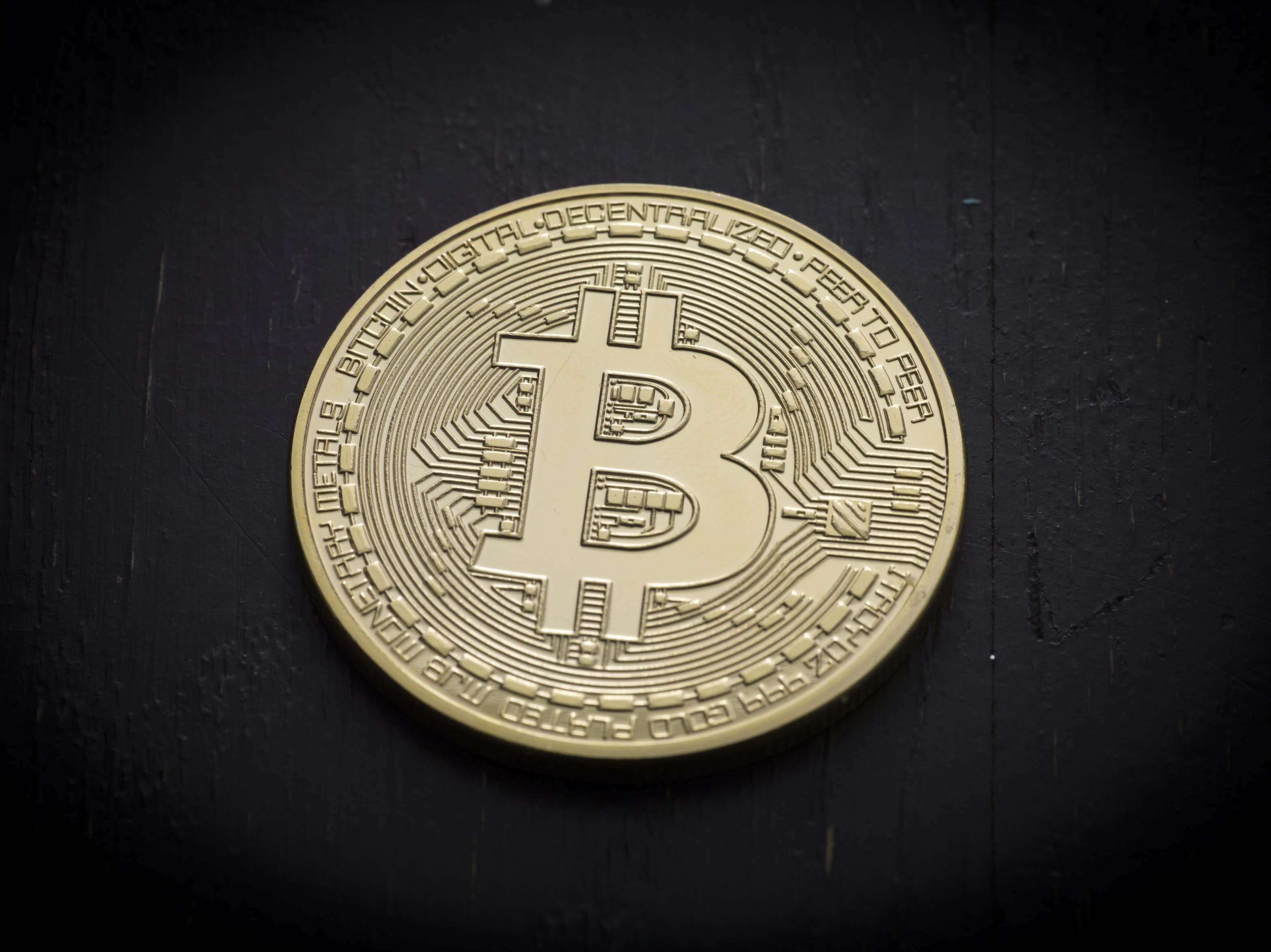 Facebook’s Libra cryptocurrency is all but dead, but should it have even asked for permission to live to begin with?

In a nondescript kitchen, in an anonymous suburb in the outskirts of another American city, Joy Devereux was laboriously kneading the dough for another batch of her immensely popular Kougin-amann, a decadent and fatty pastry honed in the Brittany region of France.

Beads of sweat now starting to emerge on her forehead, like a string of pearls circling a Stepford wife’s neck before an evening at the town club, Devereux’s techniques look like they were learned somewhere between the Culinary Institute of America and the diner on the corner of 8th Avenue and 42nd Street in midtown Manhattan.

But Devereux was no professional chef, she was in fact peddling her fine pastries from her own home kitchen.

As her skills at baking grew, more and more friends and family members suggested that Devereux actually start to sell her wares.

Yet with no penchant for business, the only thing she knew was to bake and take orders on the phone or through introductions.

So as her business started to grow, it never occurred to Devereux that running a bakery out of her home kitchen was in fact, illegal.

She never asked for permission to start a bakery from her own home and none of her customers seemed to care.

Content instead to bake her wares, Devereux was naturally surprised when a pair of Food Safety & Inspection Services (FSIS)officers came knocking at her door one unusually warm autumn afternoon.

By then, Devereux’s business had become so large that it was difficult to ignore and when the FSIS came around to her home bakery, what they found shocked them.

The professional level of hygiene, protocols and standards of care that Devereux had kept her kitchen in, were far beyond what even the most rudimentary licensed bakeries had practiced.

Every surface was spotless, utensils and equipment were all properly marked and itemized and in their proper location. The levels of hygiene would have made some head pastry chefs in professional kitchens blush.

The FSIS officers, instead of slapping her with fines, actually let her off with a warning instead which suggested that she get a properly kitted-out bakery in a commercial district and close up her “at-home business.”

Today, Devereux is the proud CEO of a chain of state-wide bakeries.

Looking back, she says that it never occurred to her to ask for permission and she recognizes today that had she done so, she probably would never have been as successful as she is today.

For the most part of several centuries, the backbone of the American spirit of entrepreneurship has endured in having never had to ask for permission.

That spirit is woven into the Constitution and distilled into the corporate laws and the laws on bankruptcy.

Intrinsically, most Americans know that uncertainty and the risk of fraud or death are part of the fees for what is still very much the most entrepreneurial society in the entire world.

So it was strange then that the world’s foremost social media company, whose motto (used to be) “move fast and break things,” approached their foray into cryptocurrencies with a “move slow and ask first” approach.

When Facebook made its tentative steps into creating its own Libra digital currency, instead of acting boldly and unilaterally, it chose instead to act furtively, trying in vain to hide behind a coalition of disparate interests, yet ultimately receiving the brunt of the backlash.

Libra’s plans for a stablecoin backed by a basket of government securities and currencies, as well as its own proprietary digital wallet called Calibra, has now been downgraded to a payments product in the same vein as Square and PayPal.

Instead of a borderless stablecoin backed by the currencies and debt securities of other countries, The Libra Association will now create stablecoins tied to individual currencies and moving money around the world will be just as complex as it is now.

Instead of the permissionless system forged in the initial vision of Libra, members will monitor these currency flows.

Instead of the “world-changing” potential of a global stablecoin to rival say Bitcoin, Libra will now be a pale imitation of dozens of other payment processors.

But it didn’t have to be that way.

The most successful companies weren’t started by entrepreneurs applying for permits to start their businesses.

They were just started.

And the spirit of cryptocurrencies and the blockchain has always been permissionless.

That spirit was perverted when Libra was intended to run as a permissioned blockchain.

Satoshi Nakamoto didn’t lodge an application with the Federal Reserve when he (she, or they) created Bitcoin, they just did it.

And the irony is that Mark Zuckerberg didn’t file for a permit with the Federal Communications Commission or FCC before he started Facebook from his Harvard dorm room, he just went ahead and did it.

From that perspective, Libra was always destined for failure.

Because it’s easier to say “sorry” than it is to ask for permission.

Because it’s easier for a bureaucrat to say “no” then it is for him to find the laws to approve your world-changing project.

If you need to ask, chances are the answer is already “no.”

The U.S. Federal Reserve would never have taken kindly to a new global currency that threatened the dollar and risk being used for illegal transactions anyway.

“Facebook is too big and too powerful, and it is unconscionable for financial companies to aid it in monopolizing our economic infrastructure.”

One possibility of course would have been for Facebook to do what it’s been thus far good at doing — acquiring an existing global cryptocurrency — but that would have been near impossible, considering that the globally dominant cryptocurrencies are decentralized, with no single node to acquire.

Another approach could have been to take the regulatory “gray” route — like what Tether (still far and away the world’s largest and most popular dollar-based stablecoin) did, and set up shop in a more favorable regulatory climate.

Facebook could also have set up Libra as a “Skunk Works” type of outfit, legally separate and at arms-length, while still being seeded and funded by Facebook and well and away from the mother company.

That would have given Libra the room to grow and develop and then for Facebook to still own it, without necessarily bringing along all the baggage that is Facebook, to the project.

And of course there was the doomed-from-the-start coalition of partners in The Libra Association.

A group is only as strong as its weakest link and there have been rumors circulating for months that Democratic lawmakers had sent letters to Mastercard, Visa and Stripe, warning them that proceeding with the Libra project would expose their non-Libra businesses to even greater scrutiny.

Is it any wonder then that the trio caved and bowed out of Libra?

Tech companies all seem keen on becoming financial services companies, or at least in blurring the lines between finance and technology as evidenced by Apple, which now has a credit card and Google, which is allegedly working on a debit card.

Facebook already has a digital wallet in Facebook Pay and Chinese tech giants Alibaba and WeChat have dominated the digital wallet scene in the Middle Kingdom for some time now.

To be certain, there is value in digital stablecoins, particularly for the unbanked.

Remittance charges still punish the most vulnerable populations the most, with high transaction costs, and any system which either brings down or eliminates charges by credit card or payment services providers is needed.

But because tech companies are foraying into an arena which they are unfamiliar with, they often take a leaf out of the financial services playbook, asking for permission, filling out regulatory permits and speaking with regulators.

Instead, if tech companies want to gin up and bring the financial services industry into the 21st century, they need to take a leaf out of the playbook of their very own sectors — move fast and break stuff and if you can’t make it, buy it.

How Can a Crypto Trader Profit From Tether’s USDT?